When it comes to Canadian comedy, there is a lot of similarities between the nation’s shows and the ones from its neighbor, but there are just as many differences too. Whether it’s stories about families experiencing hardship, navigating cultural differences, or having their wealth stripped away from them, there are a lot of Canadian comedies that revolve around families that rival the best American sitcoms.

Even though most Canadian comedy is expectedly tame, a lot of it can be surprising, as some of the shows push the envelope and, at times, even disturbing. And it may come as a surprise that those very shows were the ones that first influenced what became popular in the U.S. years later. 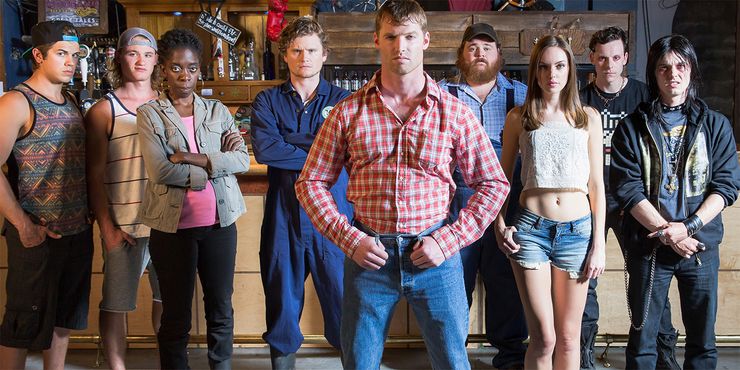 With the show first starting out as a web series on YouTube, Letterkenny has come far, as it’s now one of the best comedy series there is. Being based in Letterkenny, Ontario, which has a population of just 5,000, the show follows two brothers who run a small produce stand and the residents of Letterkenny that they encounter.

While it is one of the most overlooked Canadian comedies, it is also the most-watched series on the Canadian streaming service, Crave, and has been raved about on both sides of the border. It has also been given an animated spin-off, Littlekenny. 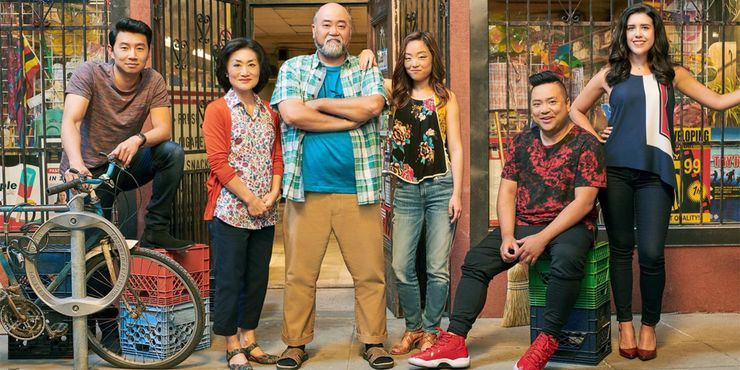 Kim’s Convenience is about a Korean Canadian family who runs a convenience store in Toronto. The series marks a mostly accurate representation of first-generation immigrants, and the instances of culture clash that they encounter on the show, especially as the daughter has her heights set higher than taking over the store, is genius.

The expectations Mr. Kim has of his children make for some of the best episodes, and there isn’t another TV series that deals with the subject matter in such a hilarious yet accurate manner. The series earned 933,000 viewers per episode in its first season, on average, and has been lauded by Vulture as “both a balm and a riot.” 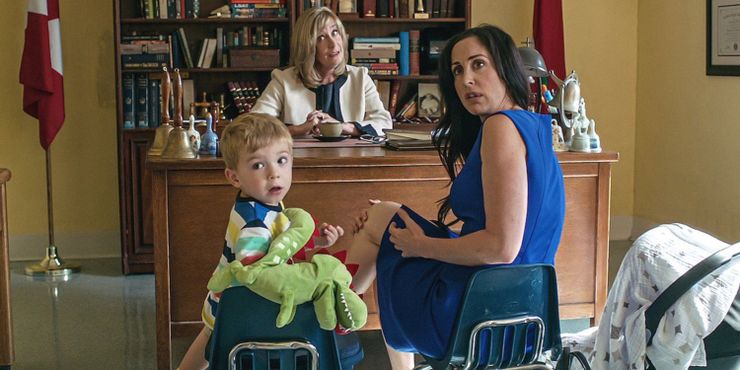 Workin’ Moms basically shows audiences what Modern Family doesn’t, which are the real issues that come with trying to juggle work life and looking after a newborn, such as breastfeeding in the office and the looks that come with it.

It’s one of the funniest female-led sitcoms right now, and even though it has been criticized for featuring characters that are entitled and privileged, Workin’ Moms is five seasons in and only getting better. 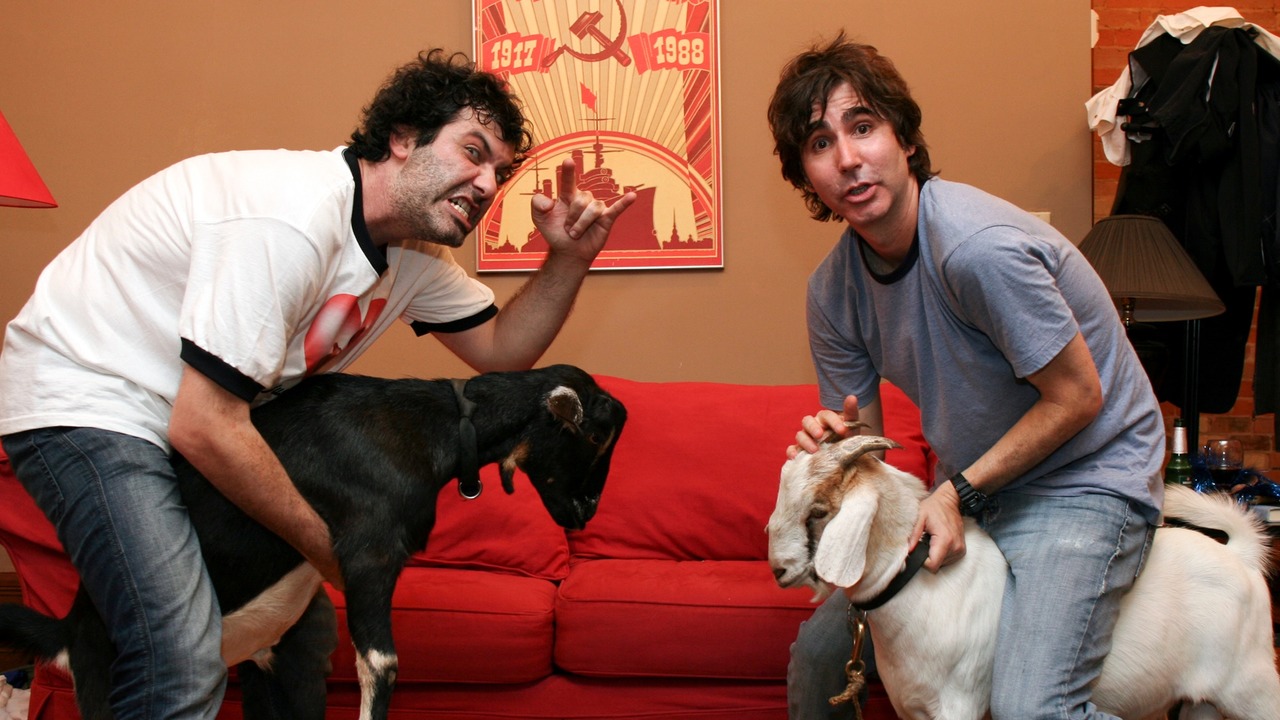 Though it’s technically Canadian, it isn’t stereotypically Canadian in nature, as Kenny vs. Spenny is one of the nastiest, most cynical, and nihilistic comedies there has ever been. The show follows two best friends who compete against each other with a different challenge in every episode.

Whether it’s “Who Can Be A Better Jew?” Or “Who Can Blow The Biggest Fart?” the show is extremely offensive and both competitors do everything they can to cheat. Even though some aspects of the show could be fake, it’s a show that viewers truly need to see to believe. 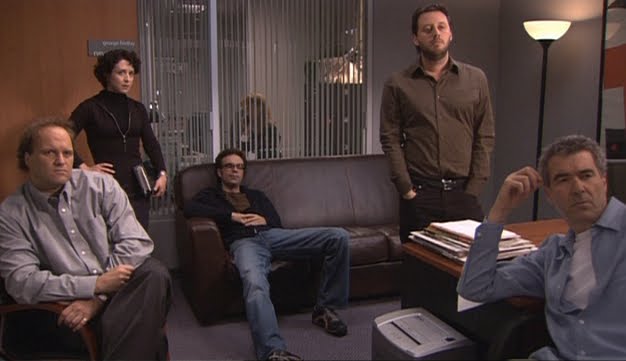 Not to be confused with the American political drama series of the same name, The Newsroom is a hilarious take on what news-based TV shows have been portraying for eons: how to make a piece of news bigger and more devastating than it actually is.

As the network, which is never actually named in the show, is only supposed to report on local news, they hilariously try to find the smallest ways in which stories like a disaster in the Congo or a piranha attack could be classed as “local.” The show is similar in style to The Larry Sanders Show, and it even uses the same font, but The Newsroom is arguably even better. Following a Royal Canadian Mounted Police officer being forced to work with a Chicago cop, Due South is one of the most unique culture shock comedies of the 1990s.

The camaraderie between Fraser and Ray is second to none, as they’re complete opposites in every way: looks, charm, and method of policing, and that’s what makes the show so funny. The show perfectly balances comedy and crime in a way that has never been done in an American show, and neither aspect falls short due to the other. 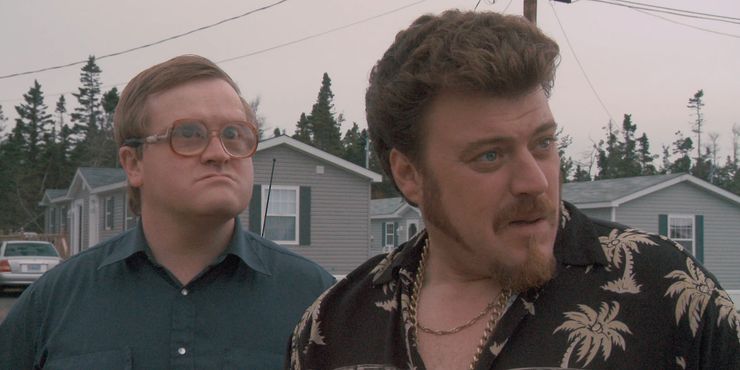 Trailer Park Boys is like if My Name Is Earl was a mockumentary-style series along the lines of The Office and Parks and Recreation. It follows a whole cast of trailer park oddballs giving their surface-level opinions on life while b.o.o.z.ing, d.o.i.ng d.r.u.gs, and evading the cops.

Even if one hasn’t seen the show, Bubbles’ jam-jar glasses have become iconic. The show has turned into somewhat of a franchise, as after its initial seven-season run, there were three follow up movies, a ton of specials, and it was renewed for more seasons by Netflix. Most of the unresolved storylines have even been wrapped up in an animated series. 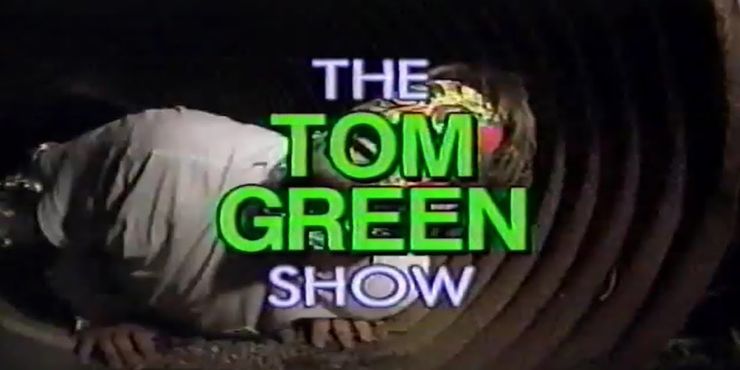 The Tom Green Show basically followed Green walking around Canada, terrorizing civilians and harassing shop owners with pranks so stupid and ignorant that it was impossible not to laugh at his victim’s befuddled faces.

Tom Green doesn’t get the credit he deserves. His show single-handedly built a whole generation of comedy shows including Jackass, Viva La Bam, Kenny vs. Spenny, and even shows as recent as The Eric Andre Show. Whether it’s trying to get children to s.m.o.k.e or painting his parents’ car with p.o.r.n.o.g..ra.p.h.ic imagery, Tom Green is the complete antithesis of how people see Canada, and that’s why it’s so great. 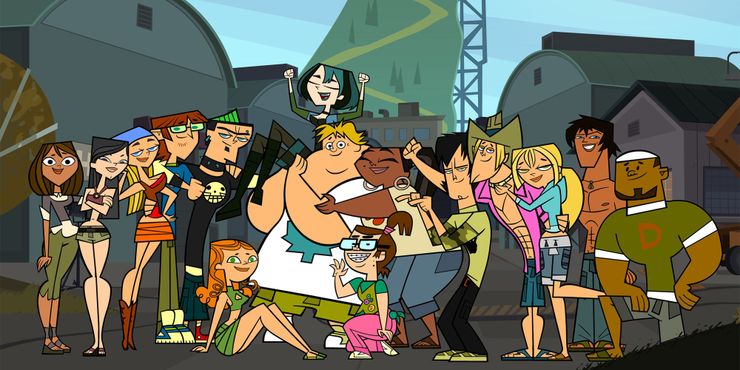 There aren’t many adult animated comedies that are Canadian, but Total Drama is the only one of its kind, as it’s an animated take on a fake reality show in which contestants visit an island and compete in ridiculous challenges each week.

Total Drama mocks the contestants who usually compete in shows like Survivor, as they do it for fortunes they’d blow in days and pointless tabloid fame. The show might not be hugely popular, but it has a cult following, and each of its five seasons is based on a different island, making for some inventive and bizarre moments. Schitt’s Creek has overcome every expectation and, created by Eugene Levy, is almost like Canada’s answer to Arrested Development, and arguably even better. The show follows a family of extreme wealth who have all of their assets seized, so they are forced to reside on the only bit of land that they have left.

Each season sees the family trying to deal with being broke, and it’s made even better that the characters are hilariously like those seen on shows like The Real Housewives. Though it isn’t quite as dramatic as watching “real life” people dealing with bankruptcy and embezzlement, the show does a great job at depicting what it would look like, and it was one of the best shows of 2020.