SALT LAKE CITY — A TV show about Army medics in the jungles of Korea during a bloody conflict doesn’t sound like a hit, and yet that’s exactly what the CBS show “M*A*S*H” (1972-1983) turned into following a bumpy start. After the network nearly canceled it in its first season, 105.9 million viewers tuned in to watch the show’s finale 11 years later — a record broken only in 2010 by the Super Bowl.

This year marks the 35-year anniversary of the show’s ending, and actress Loretta Swit recently reflected on what made “M*A*S*H” unique and why it continues to attract a strong following.

“We certainly weren’t ha-ha funny,” Swit said in a phone interview with the blog, From the Desk of Kurt Manwaring. “We were sometimes showing (viewers) the war and the OR and pre-op and post-op. And none of it was really very funny,” she said. “Some of it was devastating.”

Despite the show’s difficult setting — or maybe because of it — “M*A*S*H” was a dark comedic hit in a time when studio-produced sitcoms with canned laugh tracks ruled TV ratings. That canned laughter became a sticking point with the show’s creators, who lobbied CBS to keep it out of scenes set during surgeries.

“We told the network that under no circumstances would we ever can laughter during an OR scene when the doctors were working,” said Larry Gelbart, “M*A*S*H’s” creator and producer in a 1998 interview with Dan Harrison. “It’s hard to imagine that 300 people were in there laughing at somebody’s guts being sewn up.”

But that distinctive combination of comedy and drama made “M*A*S*H” difficult to typecast.

“I think there’s a different category for ‘M*A*S*H,’” Swit said.

“’M*A*S*H’ premiered when I was 12,” wrote fan Tom Gardiner on Twitter. “It was my first exposure to ‘dramedy’ and made me realize something could be at once funny, serious, heartwarming and heartbreaking.”

“The characters were fully formed, flawed human beings that touched all your emotions,” added another fan, Janet Roark, on Twitter. “It was funny, sad, thought-provoking, light-hearted and magnetic.” 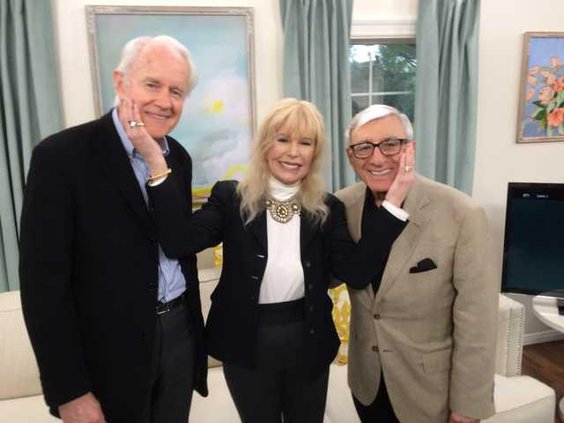 Swit believes the show’s inherent conflict is partly what gave it its heart. “It’s about how a bad situation — a deadly situation — can sometimes bring out the best in human beings,” she said.

Swit played the role of Maj. Margaret “Hot Lips” Houlihan — an Army nurse stationed in Korea who could be both tyrannically tough and touchingly tender — and during her 11-year run received 10 Emmy nominations, winning twice. Altogether, “M*A*S*H” was nominated more than 150 times and secured 62 wins.

But for its cast, “M*A*S*H” was never about individual accomplishments.

“There was no fighting for more lines or more screen time. Just to say it is an absurdity,” said Swit. “It never applied to what went on on our set. It was one for all, all for one.”

“M*A*S*H” was the star as far as everyone was concerned,” she remembered.

The award-winning ensemble cast projected a sense of family on the screen that felt real because of their genuine connections in the real world.

“I worked with a family of brilliant performers and lovely human beings,” said Swit. “We had, for the most part, the same politics, the same values. We were just a tight-knit family. That was a part of what was going on on-camera as well as off-camera.”

Swit’s “family” includes familiar names such as Alan Alda, Harry Morgan and Mike Farrell, with whom she is especially close.

“That’s my big brother,” she said. “(Farrell is) probably one of the best human beings I’ve met in my life.”

Swit always felt like she could talk to Farrell about personal issues because she knew she would get a straight answer.

“If you go to him looking for a comment, you might get a, ‘I, uh, well, it wasn’t the best work I’ve seen you do,’” said Swit. “But you see, if you get that kind of honesty and he says, ‘That was superb!’ then you know it’s not hype.”

Swit also ascribes a familial label to Morgan, the timeless actor who iconized the role of the gruff but loveable Col. Sherman T. Potter.

“Harry was everything. He was a father figure,” said Swit. “If you had to take a poll (of the cast) and ask, ‘Who in all the family was your favorite,’ they’d say, ‘Harry Morgan.’”

“I keep referring to us as a family,” she said. “We really are.”

Swit said the cast still keeps in touch and derives tremendous pleasure from being able to help each other.

They also experience deep sadness as aging cast members pass away, but Swit said these losses have only strengthened their bond. “It brings families closer together sometimes because you realize how fragile that thread is that we’re hanging onto,” she said.

Swit has many memories from “M*A*S*H” both on and off the set, but to her the show will always be about family — the family of actors and writers who created it and the family of fans who love it and pass it on.

“That’s our legacy,” said Swit. “It keeps getting passed on.”

For Loretta Swit, The ‘MASH’ Reunion On Alan Alda’s Podcast Is More Like A Family Gathering (EXCLUSIVE)