Ross and Rachel are one of the most iconic will-they, won’t-they couples in sitcom history. Their relationship, from the moment that Ross ‘grabbed a spoon’ in the pilot, to the moment Rachel got off the plane in the finale, was long and winding… but fans knew that they were always meant to be together. (Even if no one can agree if they were actually on a break or not!).

But which episodes made fans really understand that these two were destined to live happily ever after? Part of it was, of course, the simple fact that their relationship always seemed to take center stage in the show. But even when they weren’t actively dating (or breaking up), there were still moments that proved they were perfect together.

The pilot episode has a few names, but for Ross and Rachel, it really is the one where it all began. It may seem like a strange inclusion, given that Rachel still seems to see Ross as the dorky older brother of her old friend, but this is where they reconnect, and everything starts to change. It’s also important to note that they are at a surprisingly similar point in their lives – and one neither expected. Rachel has just left her wedding, and Ross’s marriage has just ended – and both of them are getting ready to embark on something scary and new. 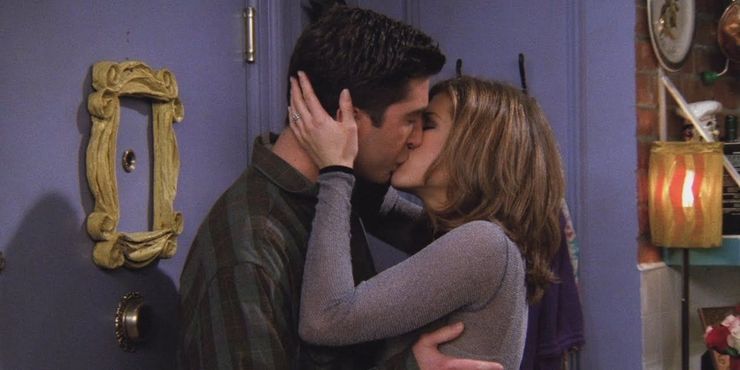 This is a fan-favorite episode when it comes to Ross and Rachel, and with good reason! Ross and Rachel nearly got together in the more recent episodes, but after Ross made his infamous ‘list’, Rachel is still angry with him. Phoebe, of course, asserts that they are lobsters, and it looks like she’s right… when the gang watch Rachel and Monica’s old pre-prom video, and see Ross dressing up and about to offer to take Rachel when she is stood up. It’s a sweet moment, and one that shows how much Ross has always cared for her. 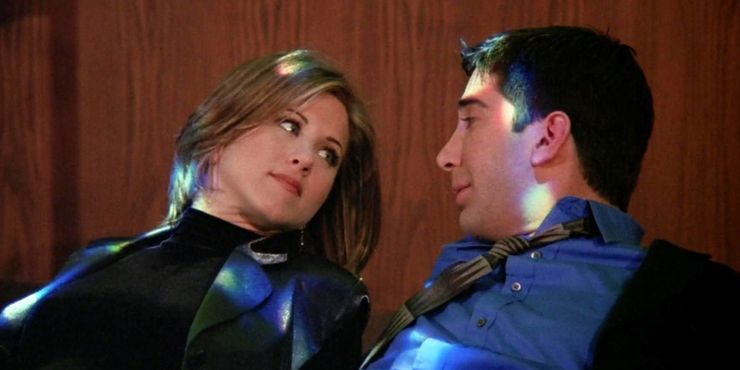 Given that it’s been clear to the fans that these two were meant to be from the start, the fact that it takes a season and a half to get to this point is actually pretty surprising! However, this is the episode where things finally, really, start to go right for them.

It’s not just that they finally get to spend a night together that makes it a soulmate episode, though. It’s that Rachel understands when Ross is stuck late at work. She doesn’t freak out or get angry, and he finds a way to create some romance anyway. 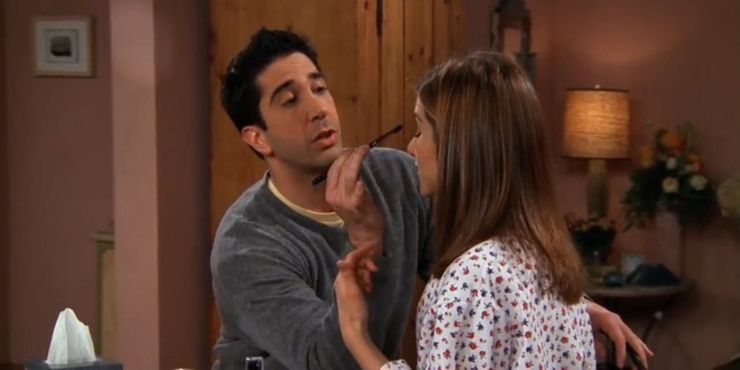 This episode is special in part because it’s the one where the Chick and the Duck came into the gang’s lives, but it’s special for Ross and Rachel for very different reasons. At this point, the two are broken up, after the fiasco with the ‘break’, and while they are starting to find ways to exist as friends, it’s still pretty new. Despite this, when Rachel is hurt and unable to get ready for an important work event, Ross stays to help her, and then to take her to a doctor… even though it means skipping something for his own career – a huge moment to be on TV! It shows that Ross is actually, for once, putting her career above his – and it looks like he’s learning, and doing something to put her first, even though they are broken up. 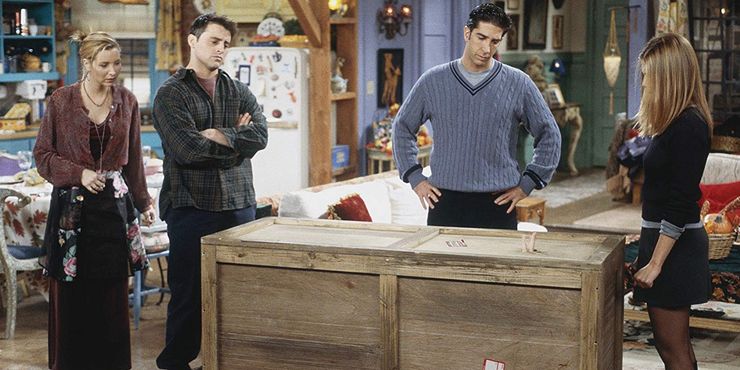 Obviously, the relationship that is the focus of this episode is the situation between Joey, Chandler, and Kathy – but Ross and Rachel have an important part in it too. Ross is initially angry at Rachel in this episode, after learning that she has a habit of exchanging the gifts that he buys her for something she would actually like – and he accuses her of being emotionless. At the end of the episode, though, she shows him a box filled with personal, meaningful mementos of their relationship together (ticket stubs, receipts, etc). Even after their breakups, she’s still holding onto it – because she’s still holding onto him. 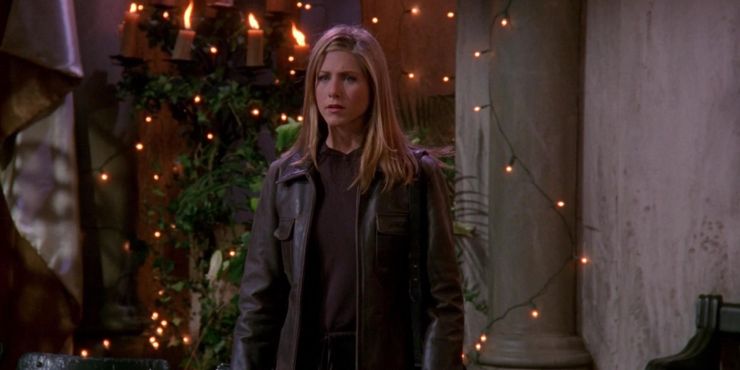 While this was, admittedly, not a good day for anyone, it does show how Ross and Rachel are meant to be together. Ross explains that he said the wrong name at the altar to Emily because he had always imagined how his wedding day would go, and to him, that included Rachel.

It wasn’t an explanation that helped Emily, of course, but it was definitely one that proved he was meant to be with Rachel all along. And the fact that she put her own feelings aside, again, for his happiness shows that it wasn’t one-sided, either. 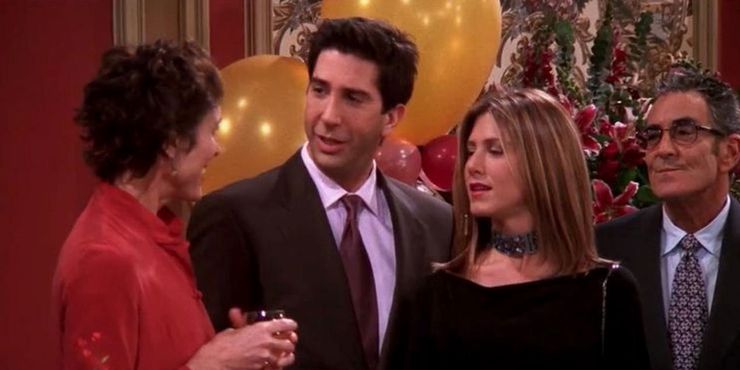 In this episode, Ross and Rachel are at his parents’ big anniversary party, and because Rachel is clearly pregnant, Ross’s parents have told all their guests that the two are married. They end up going along with it for the gifts that they are being given, but there’s something else here that proves they are meant to be. (Beyond the fact that two people would have to be very similar to both decide to lie to family friends for money!) When they are describing their fake wedding, Ross is asked about a proposal – and describes one that blows Rachel away. It’s the way he had always thought he would propose – and it’s clear he’s still thinking about it. 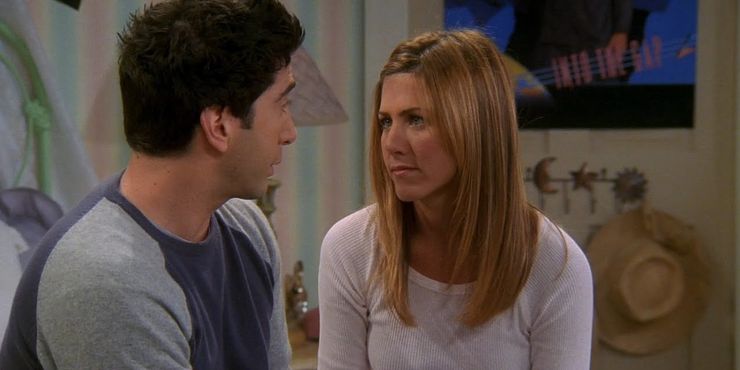 After ten years and a baby, it would be easy to think that the spark is gone – but this episode proves it isn’t, and that Ross and Rachel still care deeply for one another, and turn to each other first. When Rachel’s father has a heart attack, Ross goes with her to the hospital. He takes care of her, helps her out… and then turns her down when she tries to sleep with him because she’s feeling sad. In the end, they both agree that ‘sex is never off the table’, which of course means that their relationship isn’t, either. 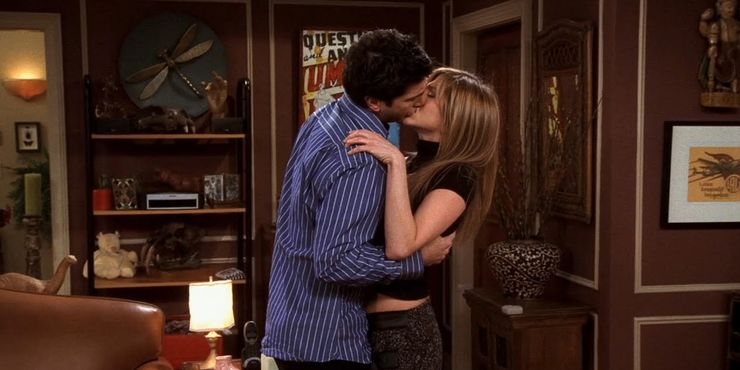 In the final season, it seems for a while like Ross and Rachel might actually not get together in the end – Rachel is moving to Paris, and Ross is saying in New York. However, when the gang have a going away party for Rachel, she has a tearful goodbye with everyone except Ross, and when he calls her on it she says that he is the person it is too hard to say goodbye to. It’s clear that no matter how important other people are to them, they are each other’s most valued relationship. 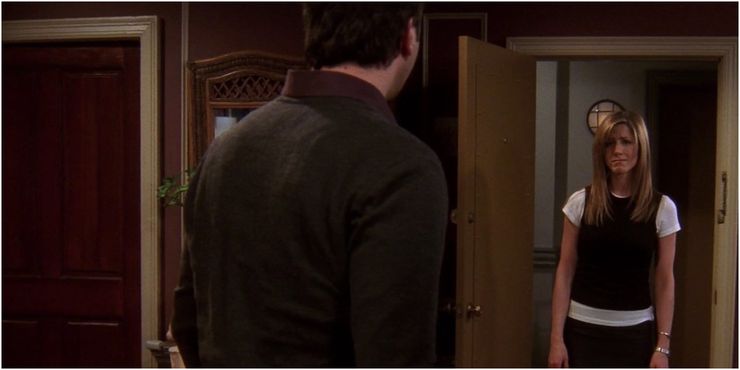 Where else could their journey end? No matter how much they have in common in terms of sweet moments, similar life journeys, or reliance on each other, only Ross and Rachel could decide if they were really meant to be. And when Ross raced to the airport (albeit the wrong one) and Rachel got off the plane, they made their choice. They decided that they were soulmates, and that’s all that really matters.

Friends: When Each Character Lived In Joey’s Apartment (& Why)