In The Twilight Saga, every member of the Cullen family has a unique origin story that explains when, how, and why they were turned into vampires. These backstories are explored more fully in the books than in the movies, and they’re a great way to understand each character and the motivations that drive them throughout the series. From Carlisle to Bella, the history of the Cullen family extends across time periods and countries.

In the world of Twilight, vampires are sworn to live in secrecy for their whole, eternal lives and must find ways to be part of society without drawing too much attention to themselves. A human is turned into a vampire when another vampire sucks their blood but doesn’t kill them. Instead, the poison from the vampire’s teeth takes over their body, stops their heart, and turns them into the beautiful, super-fast and strong, sparkling-in-the-sun creatures that Bella Swan encounters in the series.

The Cullen family, or Olympic coven as they’re known, are “reformed” and “vegetarian” vampires who choose to only feed on animals rather than on humans. Carlisle Cullen, the patriarch of the family, uses his medical knowledge to save lives and only turns humans into vampires when they would d.i.e otherwise. This was the case with all four of the vampires he turned – Edward, Esme, Rosalie, and Emmett. The other two Cullen clan members, Alice and Jasper, joined the family after they had already been turned into vampires. Additionally, Edward was the one to turn Bella. Here are all of the Cullen family members’ backstories in Twilight. 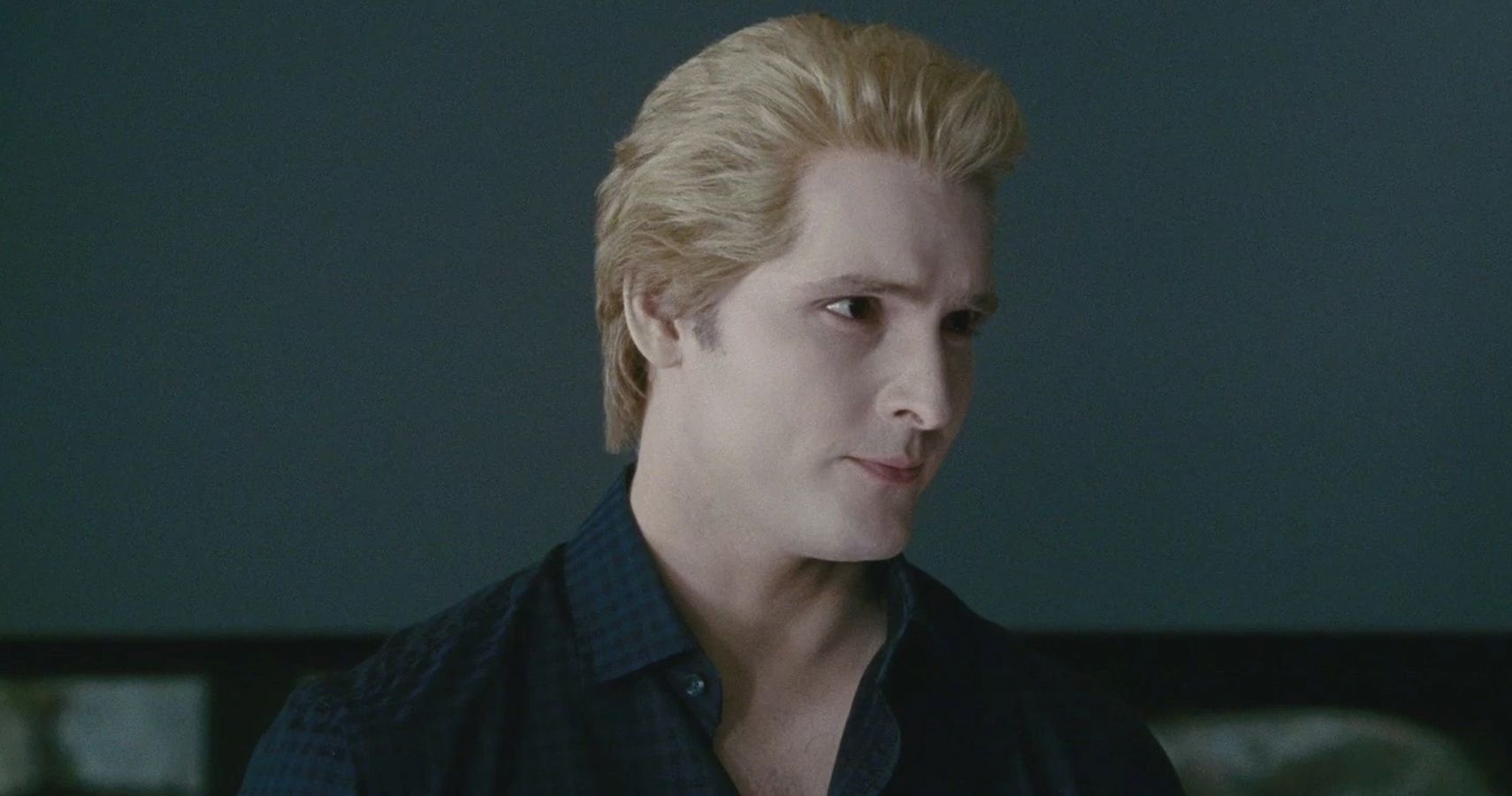 Carlisle is the oldest of the Cullen family, born in 1640 in London, and his mother d.i.e.d giving birth to him. His father was an Anglican pastor who led a group that sought out and k.i.l.led people they thought were witches, werewolves, and vampires to root out “evil” in their community. When his father was too old to continue these raids, Carlisle took over – though he never much agreed with them to begin with. Carlisle discovered a group of real vampires living in the sewers of London and led an attack against them, but he was bitten and left for d.e.a.d.

Carlisle hid for three days while his body was transformed into a vampire. Once he understood what he had become, he tried every way he could to kill himself, but his body was invincible. As a vampire, he resolved to only drink animal blood from the very start and travelled the world, spending some time with the Volturi in Italy, before settling in the United States and becoming a doctor.

Edward was born in 1901 in Chicago as Edward Anthony Masen, the only child of an affluent lawyer and his wife Elizabeth, whom Edward was very close to. All three of the Masens caught the Spanish Influenza in the pandemic of 1918, the father d.y.i.ng first. On her deathbed, Elizabeth begged Carlisle, who was the doctor treating them, to do everything he could to save her beloved son. As Edward himself was dying, Carlisle snuck him out of the hospital and back to his home, where he turned Edward into a vampire and became a father figure to him. Edward then became very rich after he inherited the Masen family fortune and accumulated wealth throughout his long life, as did the other Cullens. 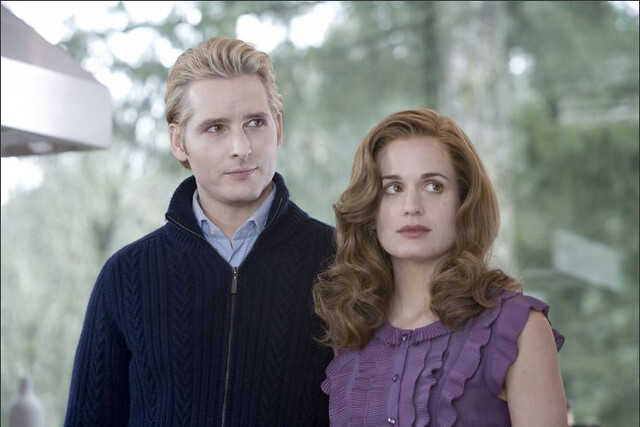 Esme was born in 1895 on a farm in Columbus, Ohio. When she was 16, she was treated for a broken leg by none other than Dr. Carlisle, with whom she bonded instantly. Years later, she was forced by her family to marry an abusive man, eventually running away from him when she discovered she was pregnant. In 1921, she gave birth to the child, but it died just two days later. Devastated, Esme attempted to kill herself by jumping off a cliff. The men who found her took her directly to the morgue, but Carlisle, who was working in a hospital nearby, noticed her heart was still beating. He recognized her as the girl he had met years before and decided to save her life by turning her into a vampire. 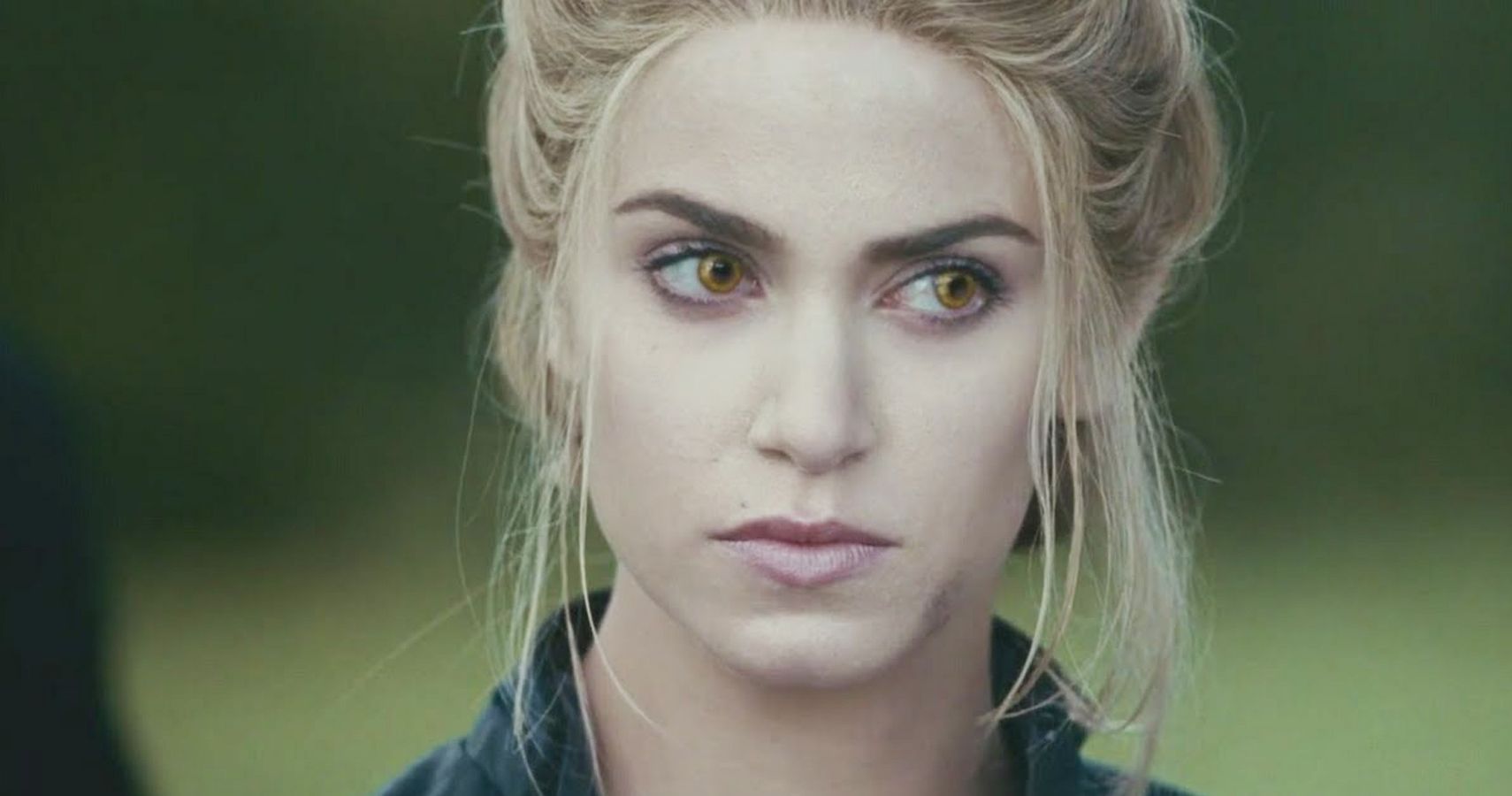 Rosalie has perhaps the darkest backstory of all the characters. She was born in 1915 in Rochester, New York to a wealthy family and was incredibly beautiful. At 18 years old she became engaged to a bank owner’s son whom she didn’t love. One night in 1933, shortly before their wedding, Rosalie came across her fiancée completely drunk with a group of friends who gang r.a.p.ed and b.e.a.t her. Carlisle found her nearly d.e.a.d and carried her away, where he turned her into a vampire and welcomed her into their family. As an immortal being, the first thing she did was m.u.r.der all her abusers, including her ex-fiancée, before settling down to become one of the Cullens. 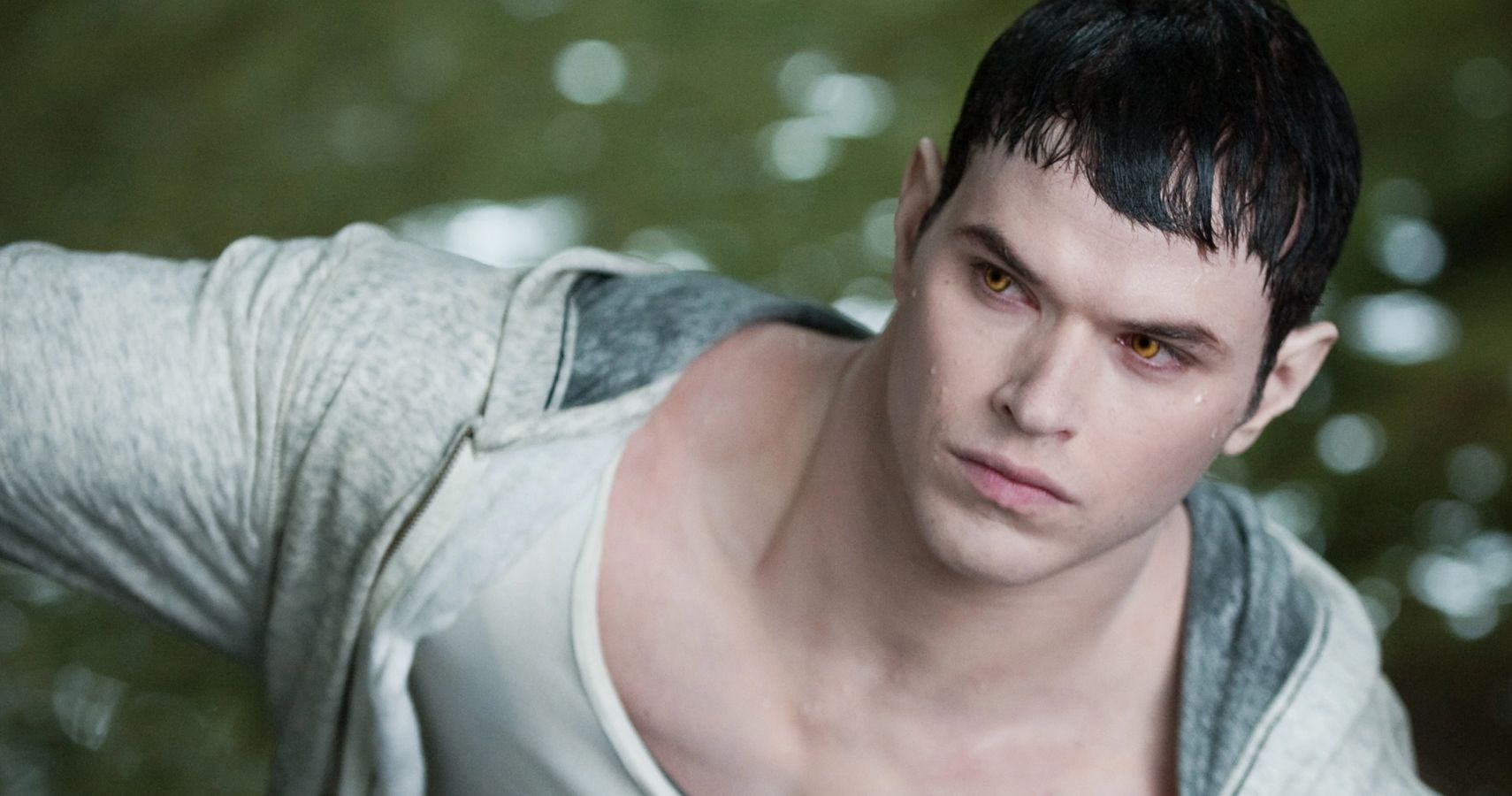 Emmett was born in 1915 in Gatlinburg, Tennessee to a large family and worked on the nearby railroad. He was a rambunctious teen who loved adventure and hunting. In 1935, he was in the mountains and got attacked by a black bear. Thankfully, Rosalie found him and carried him over a hundred miles all the way back to Carlisle so he could save his life by turning him into a vampire. She wanted to save him because she thought he looked innocent, young, and beautiful but didn’t trust herself to change him without k.i.l.ling him. 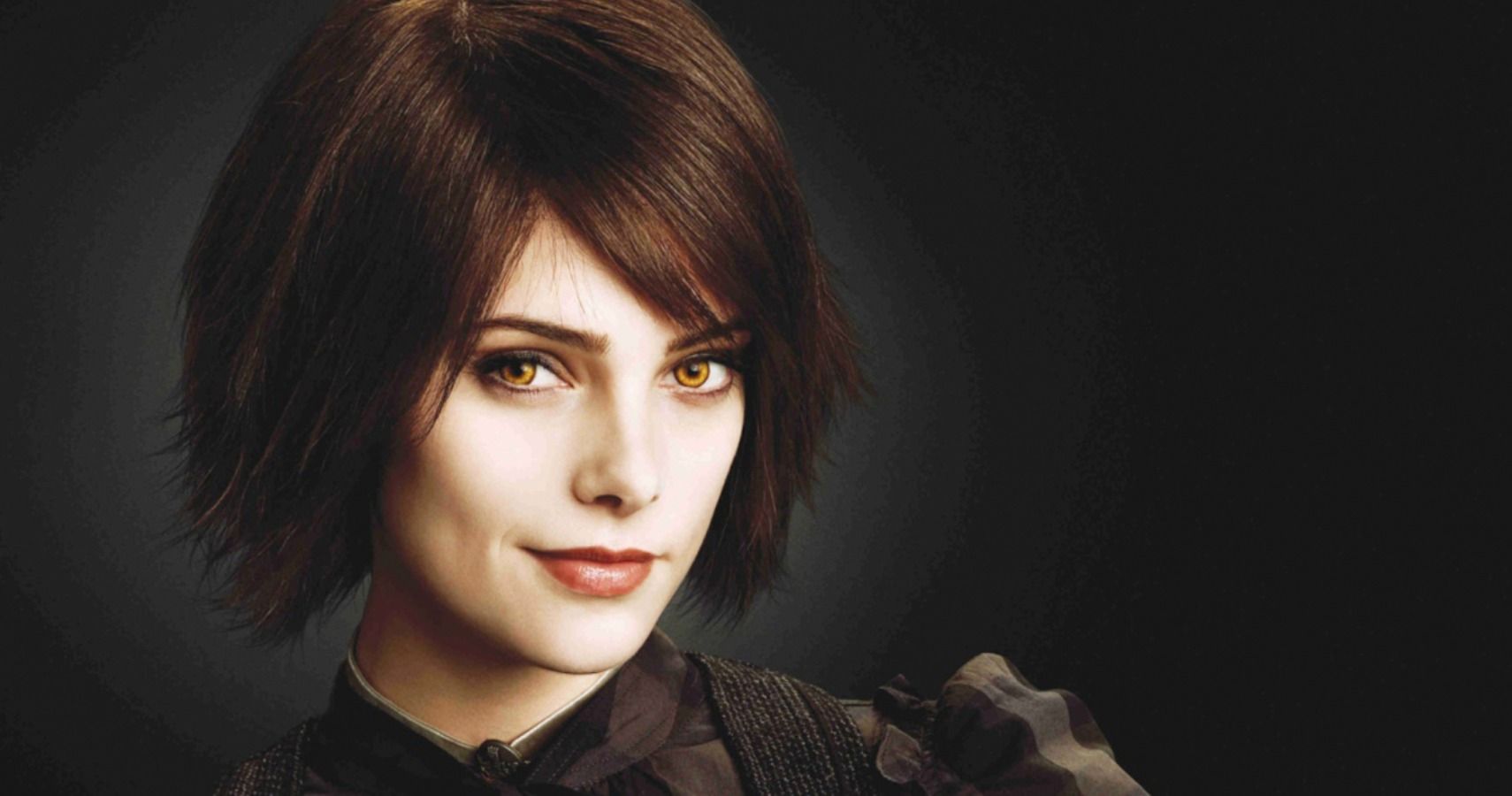 Alice was born Mary Alice Brandon in 1901 in Biloxi, Mississippi. From an early age, she had premonitions that led many in town to believe she was a witch. After her mother was m.u.r.d.e.red and her father remarried, Alice escaped to a nearby town. There, her father had her committed to an asylum where she befriended an unnamed vampire doctor. Later, she had a vision that a tracker named James (the same one who later tried to k.i.l.l Bella in Twilight) was looking for her, so her vampire friend turned her into a vampire to protect her and then sacrificed himself to James to give her time to escape. She went on to meet Jasper, and then they joined the Cullen family in 1950. 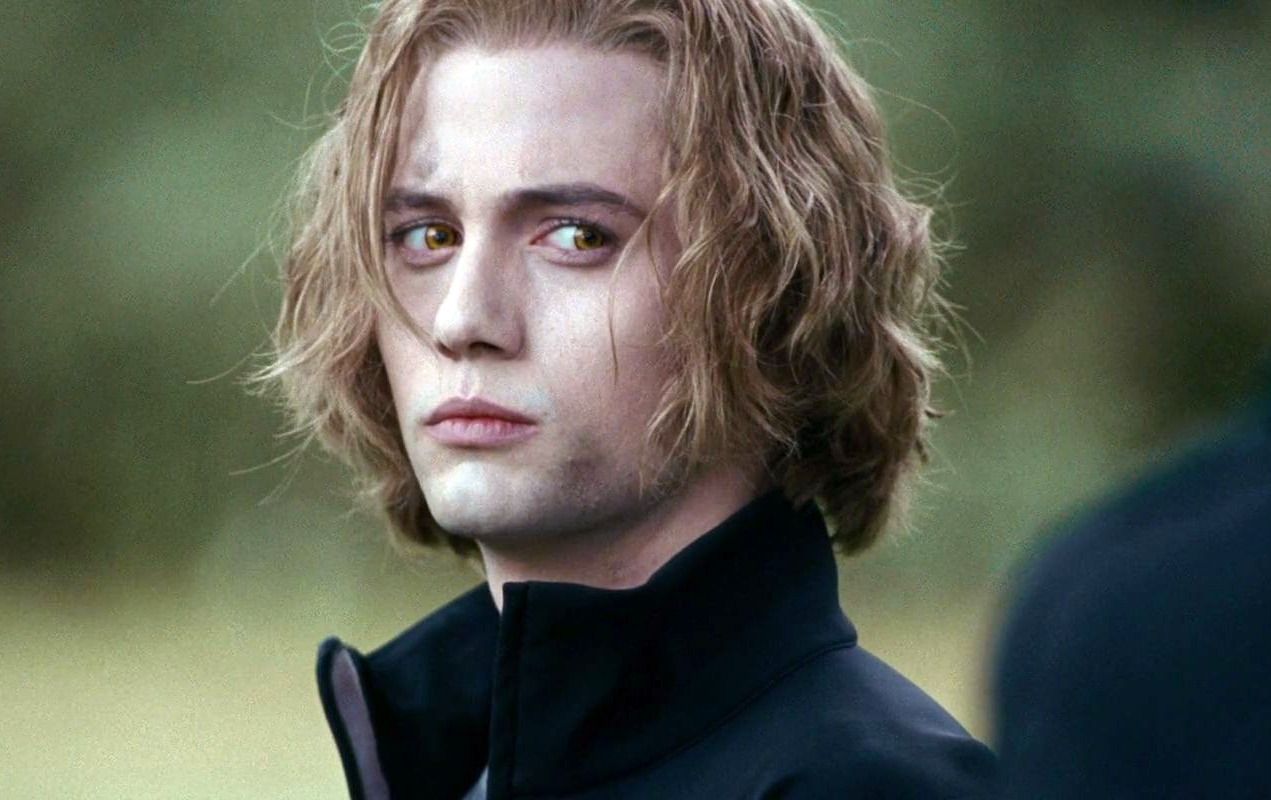 Jasper was a young major in the Confederate Army in Texas who was turned into a vampire by Maria, another vampire, who wanted to use him to lead an army of young vampires she was creating to fight the Southern Vampire Wars. Jasper worked with her until 1938 when he ran away to the North with another vampire friend of his named Peter. He met Alice in a diner in 1948 and joined the Cullen family along with her shortly after. 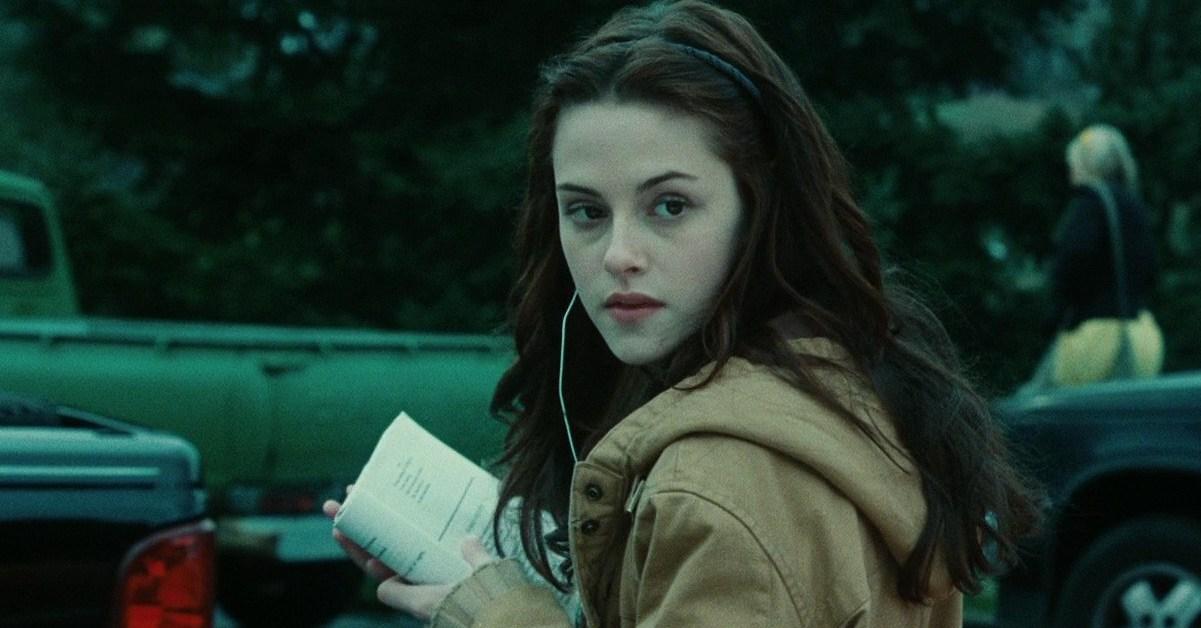 Bella starts out human at the beginning of the Twilight series. She was born in 1987 and moved to Forks to live with her dad when she was 17 years old, in the first book and movie. In the fourth book of the series, Breaking Dawn, and fourth movie, Breaking Dawn – Part 1, Bella is turned into a vampire after marrying Edward. Though Bella told Jacob that becoming a vampire wasn’t originally the plan, Edward seems to have expected it from the very beginning. He transforms Bella by injecting her heart with his venom after it stops beating following the birth of their daughter, Renesmee. Once a vampire, Bella becomes the most recent addition to the Cullen clan and is the only one changed during the Twilight series.

Twilight: How Stephenie Meyer’s Bella Explanation Made The Story Worse

‘Twilight’: Kristen Stewart Was so ‘Deathly Ill’ in ‘New Moon’ Her Voice Changed