Xilam Animation has tapped Licensing Works! as the licensing agent for its iconic animated property, Oggy and the Cockroaches, in North America. Licensing Works! is now assembling a cross-category merchandise programme for the brand. This appointment follows enhanced U.S. broadcast exposure for Oggy and the Cockroaches as Sinclair Broadcast Group’s national multi-platform programming block KidsClick launched nearly 100 episodes in June. Netflix has also expanded its commitment by ordering and airing the fifth season, Oggy through the Ages after successfully offering Oggy episodes to Netflix fans since 2015. The series is also available on Amazon Prime Video, as well as French-Canadian public broadcaster SRC’s SVOD platforms in Canada. 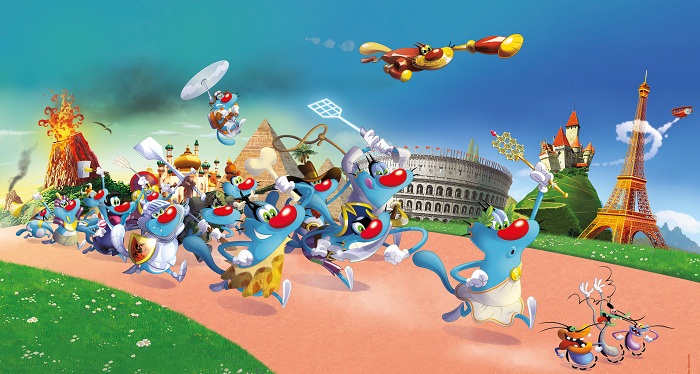 Xilam is currently commemorating the 20th anniversary of Oggy and the Cockroaches and the celebrations has kicked off in France this month. The line-up of activity includes the opening of a permanent Oggy and the Cockroaches escape room, museum partnerships, a branded truck tour and social media activity. Xilam Animation Global Licensing SVP Marie-Laure commented, “As a leading market in licensed merchandise retail sales, North America represents a significant growth opportunity for Oggy and the Cockroaches. The response to the new content since its launch on KidsClick has been fantastic and we’re confident that with its enthusiasm, creativity and expertise, Licensing Works! is the perfect partner to maximize the potential of Oggy in such a huge market and build upon the success of our global licensing programme.” The property continues to gather a strong community on YouTube with a total of 1.5 billion global views on the official Oggy channel and is also celebrating digital success through an array of branded apps and mobile games. 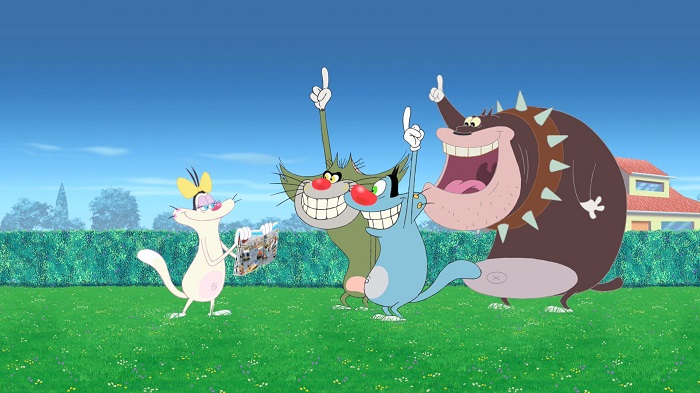 “The iconic Oggy and the Cockroaches brand, with its 20-year track record of incredibly entertaining content, is an exciting addition to our merchandise licensing and promotional portfolio. Oggy is supported with strong digital and broadcast partners, new episodes in production, and a very active social media presence, making this non-dialogue comedic series very appealing to cross-generational audiences of kids, young adults and their parents,” added Licensing Works! owner Leslie Levine.

Over the last two decades, Xilam has established a broadcast presence for Oggy in over 190 territories, with exposure buoyed by international SVOD deals with Netflix and Amazon. The show’s seventh season (78 x 7’) is now rolling out around the world and to meet consumer demand, Xilam has assembled a robust international licensing programme for Oggy.

In France, Lansay is on board as master toy partner and Hachette as master publishing licensee, while in Italy, Giocchi Preziosi/Grani has developed collectible figurines for the market with many other partners across multiple markets, laying a strong foundation for Licensing Works! to mirror in North America.

Tags
Oggy and the Cockroaches